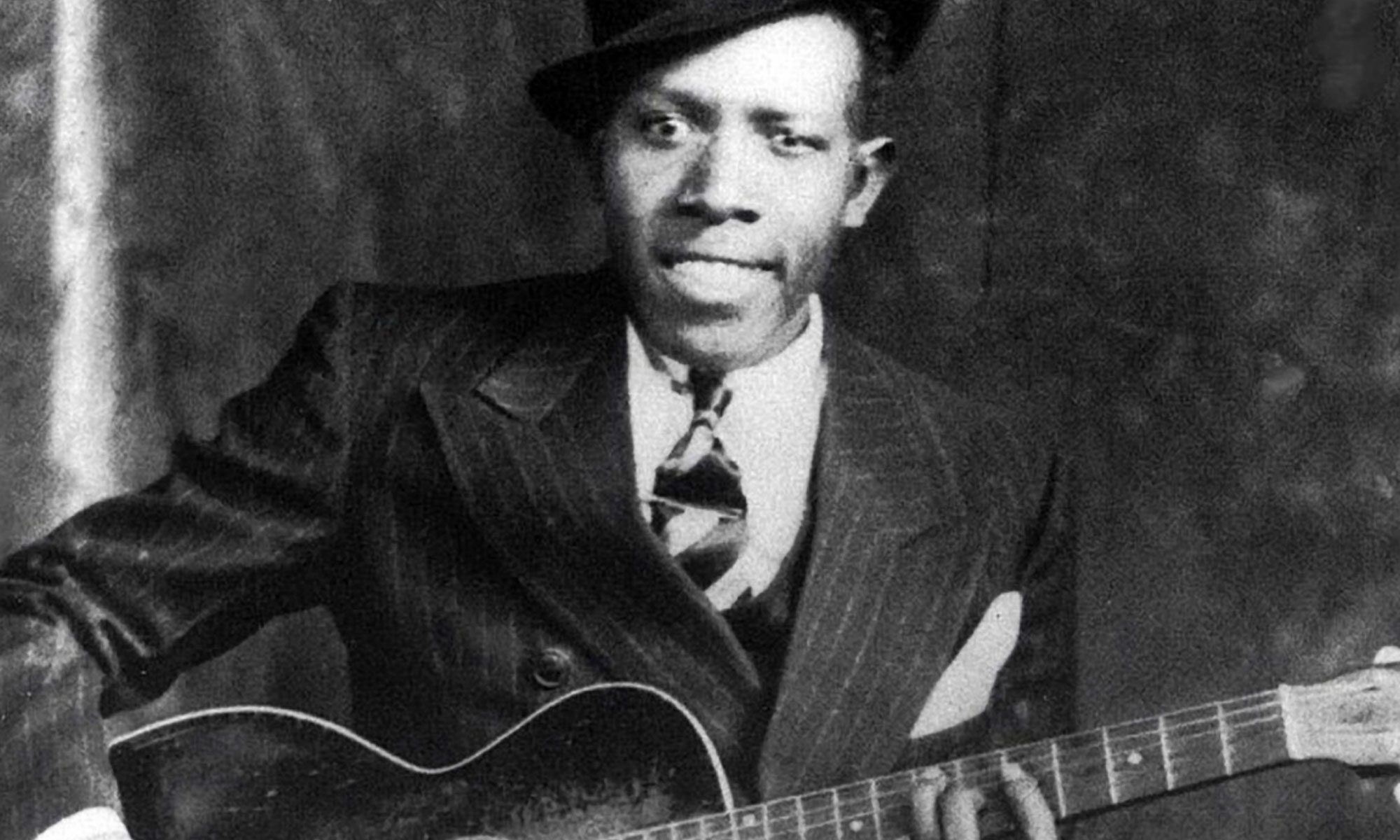 The U.S. was scene of a world-shaking migration of African-Americans from the plantation country of the rural south to the cities of the north. These people carried with them various strands of a music which in evolution would come to completely dominate the music of the nation, and most of the planet. One part of the vast lore associated with this history is that of the intersection of highways 61 and 49. It was here that bluesman Robert Johnson (photo above) is reputed to have sold his soul to the devil for the complete and holy mastery of his guitar and musical idiom.

Brazil also saw a mass migration of African-hyphenated people searching for employment, but here it was from the sugarcane plantations of Bahia south, to Rio de Janeiro, after the abolishment of slavery in 1888. These people likewise carried with them their music which in evolution would come to completely dominate the music of a nation…but in this case it was samba.

And as the original “delta” blues remained behind — for some decades anyway — in Mississippi and Alabama and Texas et al…primordial samba (samba chula / samba-de-roda) remains still in the land which was its cradle, the Recôncavo. There’s even a crossroads here, dominated not by the devil but by the African deity Exu (who was conflated — mistakenly of course — by Christians with Satan): This is the crossroads of BA (Bahia) 420 (running between the towns of Santo Amaro — hometown of Maria Bethânia and Caetano Veloso — and Cachoeira, a vast redoubt of candomblé) and BA 878 (turning off from BA 420 and after a few kilometers following the interior coast of the bay south to the town of Bom Jesus dos Pobres).

If in passing this inconspicuous-enough but mightily-culturally-freighted junction one slows down or pulls over, there usually will be seen several despachos — offerings to Exu — clay bowls with cigars, cachaça (cane liquor), fowl… Exu is the opener of pathways, including between earth and higher realms; the guardian standing watch. How appropriate that he should preside over the head of the pathway between the primal African samba of Bahia and the national music of Brazil. And likewise (for we believe it was Exu metaphorically rather than the devil likewise at the crossroads of Highways 61 and 49, or 8 and 1 as some say) over the pathway between the primal musics of the Old South and the national musics of the United States.

Bahia’s primordial samba was born mere graceful steps away from laughing in the death-mask of presumed power. Both it and America’s primordial music are, in common, part of humanity’s arsenal of not only survival mechanisms, but of prevailing mechanisms. Beauty aside, therein lies their importance.