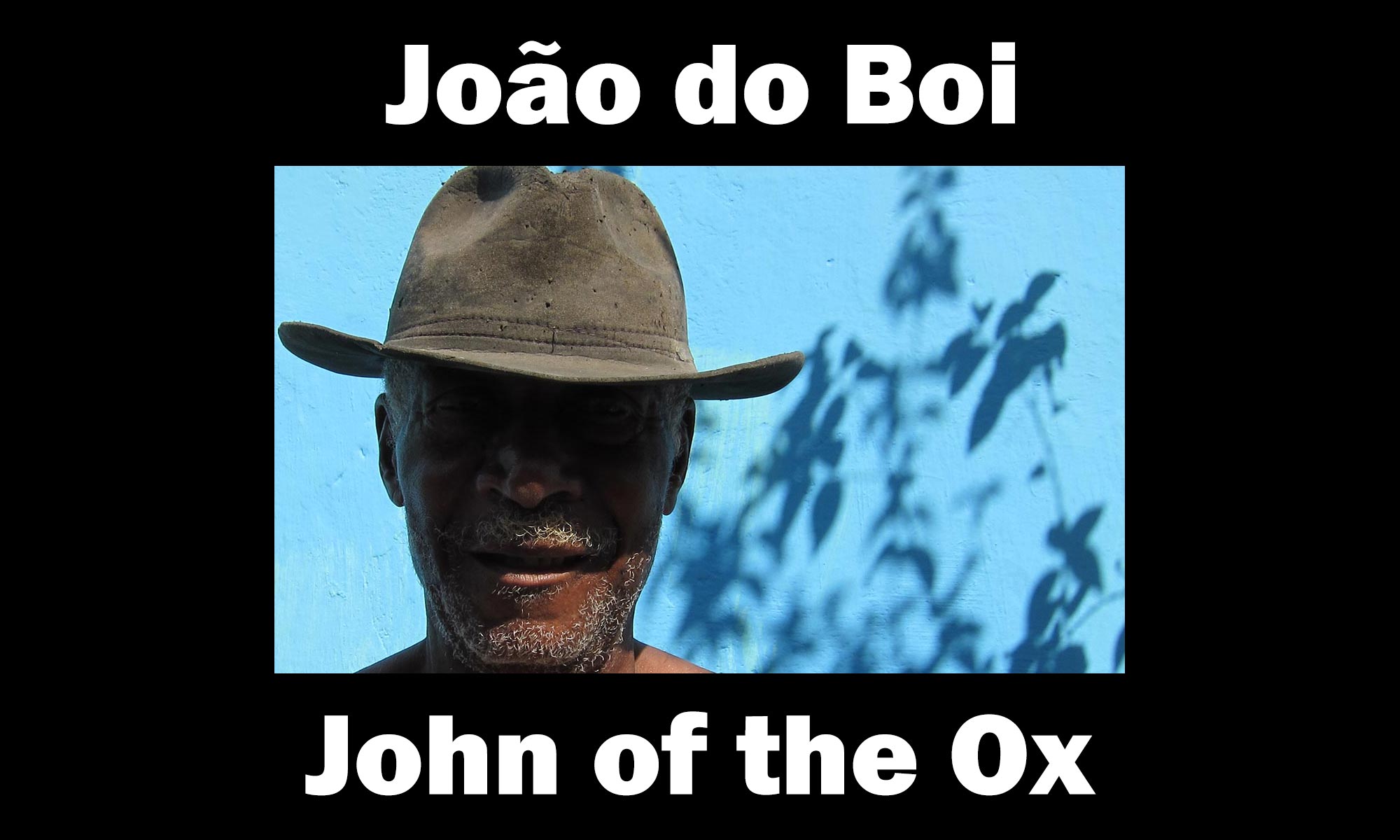 João do Boi translates to John of the Ox. Not quite a saint although his music is almost holy.

Brazil in area is greater than the contiguous United States of America. It is among the ten largest economies in the world (although you wouldn’t know it to look at a lot of it).

But beyond these — in the popular imagination anyway — it is one of the world’s musical powerhouses. As one associates France with food and wine, and Russia with vodka and novels, and Ireland with poetry and stout…one associates Brazil with music.

And as everywhere else, particularly where music goes beyond trifling entertainment to express aspects of the soul of a people, this music had to begin — or coalesce — somewhere.

In the United States much of this beginning happened in the cotton fields of the South, with the delta blues. And oh! the blues are sung! That DNA is in jazz, in The Great American Songbook, in R&B, in rock ‘n’ roll… How many books have been written about the blues? How many PhD dissertations? How many 12 year olds are sitting on the edge of their beds learning/playing the blues…right now?

Is almost completely unknown, even in Brazil!

The name of this music is linguistically ironic. It’s called “chula” (shoo-la), or “samba chula”. While “chula” (choo-la) in Spanish means “beautiful” (think Chula Vista, Beautiful View), chula in Portuguese means something worthless, low-class, of no value. The word is applied to rustic music in Portugal and was given to music made by Afro-Bahians. In a beautiful twist it evolved, in this sense, into a term of pride: A wonderful and fundamentally important musician in Brazil, João da Baiana (youngest son of one of those families which had emigrated from Bahia to Rio), said that as a child in Rio de Janeiro he never even heard the world samba. It was always chula!

The final generation of Afro-Bahian Brazilians who learned this music as the truest folk music — from family and friends going back generations to those who first created it and to those who added their own contributions to it — is João do Boi’s generation. João is into his seventies now. He grew up without electricty: no record players or radios. He learned from family and friends, sneaking out with his brothers when they were supposed to be sleeping to pick up pandeiros and imitate what the adults had been doing before taking a break for cachaça (Brazilian rum) and conversation. This is it my friends, a watershed in Brazilian musical history.

In the world’s musical history.

There have been recordings of this music made — in Brazil — but they are all out of print. The time is now.

João do Boi is one of chula’s few masters. His powerful and astringent voice (a part of the style which has been abandoned by younger imitators) moves Bahian villagers body & soul. That’s what this music was made for, created under the worst conditions imaginable (plantation slavery in Brazil was especially cruel).

It’s music to impart some kind of meaning to life. A lot of the world could use it.

Above find a selection from an out-of-print recording of João do Boi’s group. The first four or five minutes are sung by João’s colleague Raimundo Sodré, another amazing representative of deep Brazilian roots music. Then João kicks in like a second-stage breaking earth orbit.

More on this music and the people who made and make it in Salvador, Bahia & the Recôncavo, in Two Black Americas, via menu buttons at the top of every page, and via links in every footer.