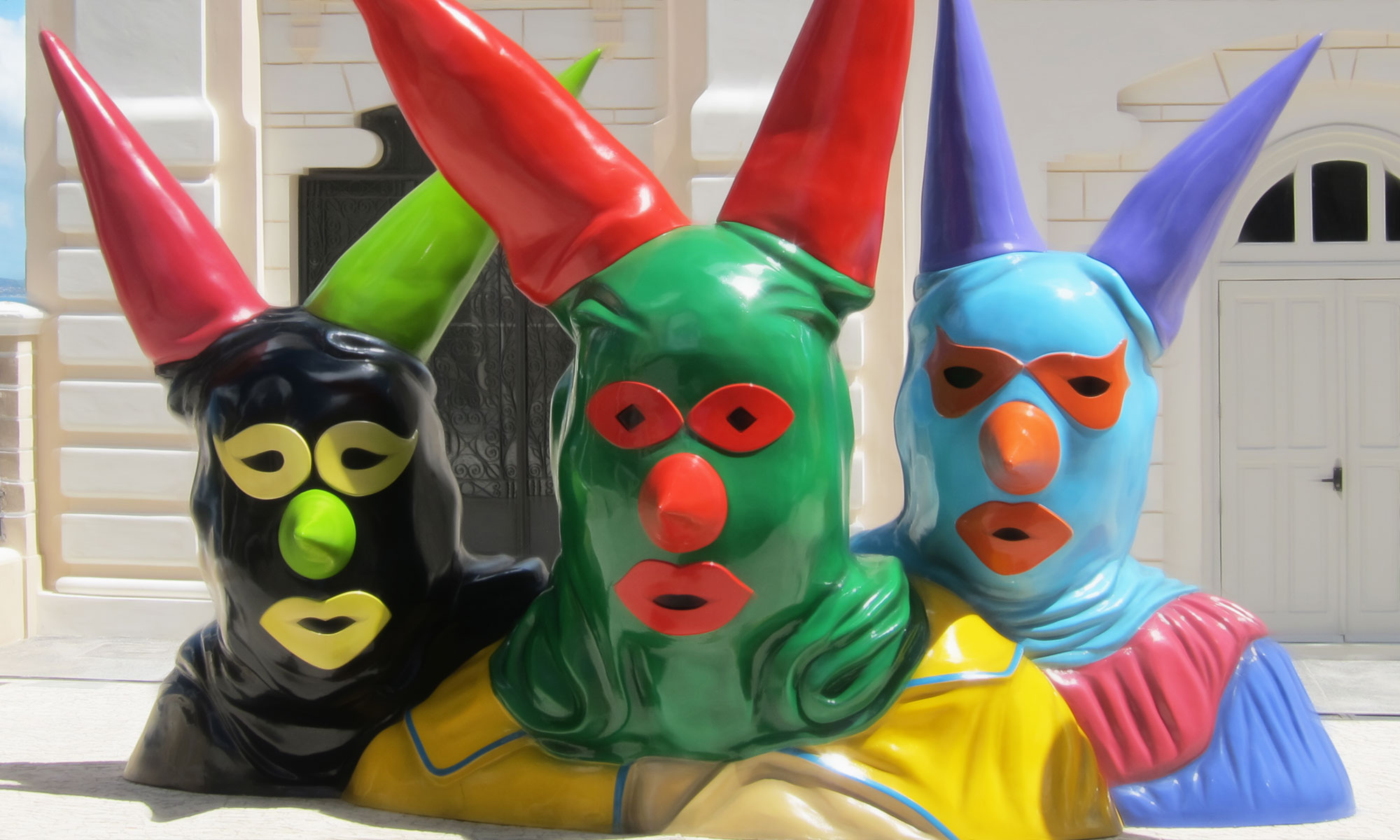 Carnival in Salvador da Bahia, Brazil has a splendid history! Like the rumbling and arising and vast outpouring of some great collective spirit — a million Godzillas — in music and dance! Unfortunately over the past several decades this spirit has been to a great degree shunted and cheapened by biz types looking to make money. Which they have done and do. But the real spirit, although less ubiquitous, is still here. Godzilla does not go down easily!

Salvador has a Casa do Carnival, Carnival House literally, Carnival Museum in reality. It opened this year (2018) and is amazingly well done! I’ll be honest: I had assumed it would be a paean to the current monied interests in the commercialization and crapification of Carnival, but it’s not at all. The curator, Gringo Cardia (Gringo is his apelido — nickname — because he’s from the south of Brazil and so around here in Bahia looks like a gringo), has been here in the record shop several times and, among other things, designed the cover for Chico Buarque’s record As Cidades.

He did a great job with the museum! GREAT!!!!

But…get this…they forgot to put up a sign! (I’m assuming they forgot, whatever the story is it’s gotta be something stupid.) Nobody knows the place is there! And even if you know it’s there, it looks closed! Even when it’s not!

The museum is located on Praça da Sé, the praça being the entrance to Pelourinho — Salvador’s Centro Histórico — from the south. It is located at the praça’s northern end, behind the great cathedral Catedral Basílica the front of which is on the Terreiro de Jesus. It is next to the Plano Inclinado which carries people between the upper and lower cities. It is immediately identifiable by the huge, colorful, you-can’t-miss-them Zambiapunga heads out front. If you don’t know what a Zambiapunga is, it doesn’t matter. You will know them when you see them!

The cost to enter the museum is 30 reais, half price for students with I.D. and venerables over 60.

After having moved through the first section of the museum — which utilizes screens with explanatory soundtracks in either English or Portuguese heard through headphones attached to cell-phone-sized devices issued upon entering this lovely area — you’ll move upstairs to the Interactive Cinema, where there are a number of short films which can be shown (and danced to, in costume if you like!). Ask for the film including Ilê Aiyê. It’s beautiful! The only thing with the film though is why on earth did they have Daniela Mercury sing for it? Ilê’s whole thing is the beauty of black Brazil. Why couldn’t they get a black girl to sing??? Nobody needs to be reminded that Ilê Aiyê has never been inspired by exclusion.