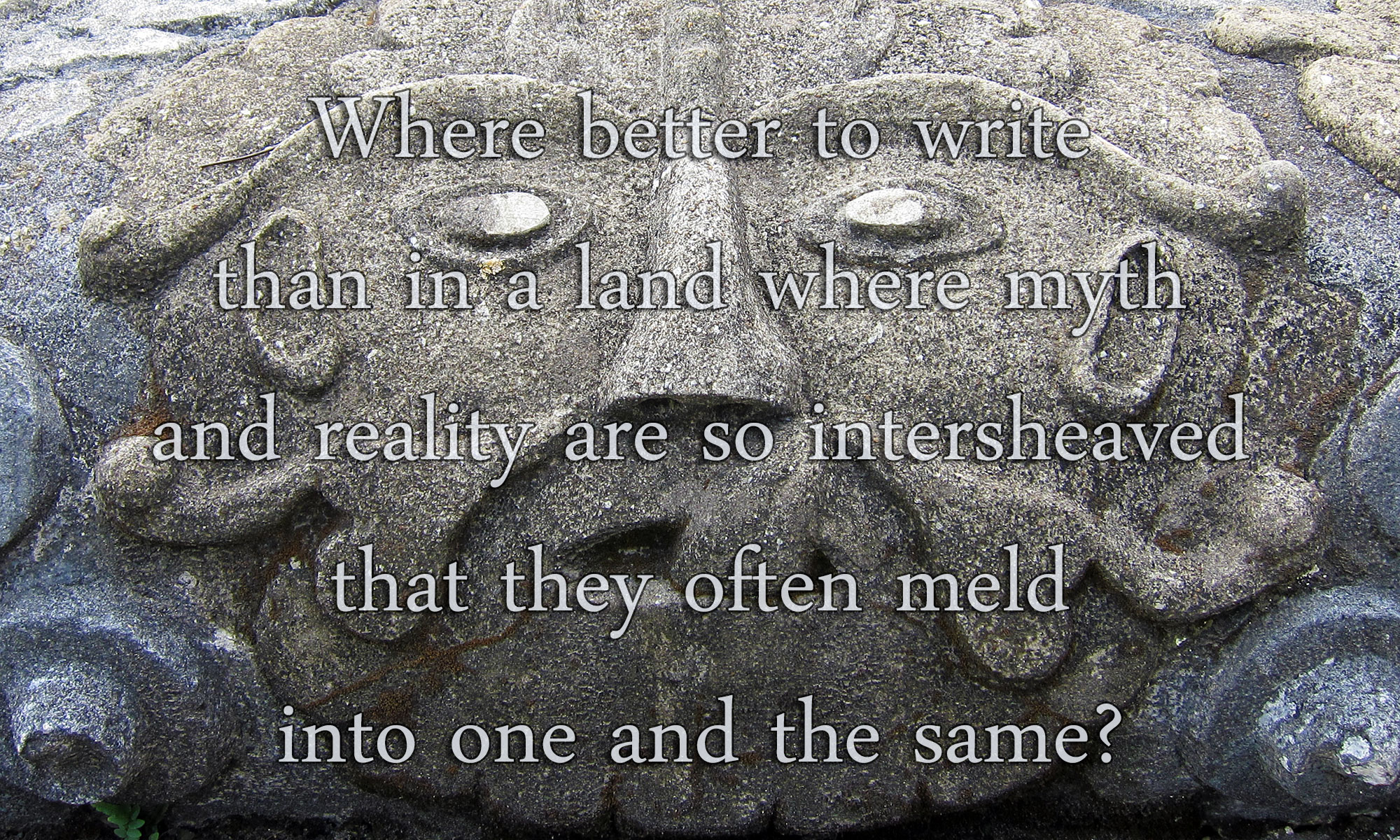 Because He Didn’t Want to Wake Her

The kid who handed him the tokens at the batting cage had a NY Mets logo tattooed on his forearm. Frank chose an aluminum bat from a rack against the wall. On his way out to the cages, the kid said, “helmet,” and tapped on his own head with his forefinger. “You need a helmet.”

A gravel road with puddles and mud took Frank past a golf driving range to the cages. Before he slipped the tokens in the box, Frank stood for a few seconds and watched the trucks crawl over the Pulaski Skyway to the west, and remembered the dozens of times he’d crossed that bridge with his father. He slipped the tokens into the box. Baseballs zipped by before he could swing. He waited for the token to finish its ten pitches, and moved over to the sign that said “softball.” His swing, a swift physical manifestation of hope, brought back the phases of his life: improvised games in the street as a kid, pressed uniforms and cleats in high school, softball and cold beer in Central Park as an adult, and now this one last set of cuts. He hit balls up the middle, to the opposite field; he swung for the fences, and he pulled the ball down the line until his glasses were blurry with streams of sweat and his hands were blistered.

Frank entered the house quietly. He took off his shoes, still muddy from the batting cage, and walked across the floor to the kitchen; slid really to prevent the wood planks from creaking. He felt a splinter on the ball of his foot, reminded himself again that he needed to fix the floor, and opened the refrigerator. He found the orange juice, and drank from the carton.

“Querido,” she called from upstairs. “Is that you?” Her voice was thin.

“Give me a minute,” he shouted back. He had tried over the years to get Rafaela to stop shouting between rooms, but that’s the way she was raised in a far away place. Just walk over, he used to tell her, and we can have a regular conversation instead of shouting. It didn’t matter now. He sat on the third stair, took off his sock, and felt for the splinter. He twisted his leg forward and up to get a look.

“Querido,” she called again. “Bring me something to drink, will you? A glass of water or orange juice maybe.”

It had been just three months since the diagnosis. Particularly aggressive, was the way Dr. Charbonneau described it. She’d made the decision at the hospital after the needle popped out and the chemo dripped onto her skin and gave her third degree burns. They’d poked and poked, looking for new veins. “I just want to be home from now on,” she’d said at the time.

Dr. Charbonneau had a fleshy nose with a bump on the bridge and a bushy black mustache. Frank couldn’t look at him without thinking about the Groucho Marx glasses he had at home in a drawer. Charbonneau balked at using the word “remission,” but Frank felt good enough to get back to work. He gained a little weight. His suits started to fit again. During the worst phase of it, she’d tailor them in their hallway closet, eyes strained, head pulled back to see through her farsightedness. He was devastated when one of his co-workers rushed him from front-desk visibility at an admissions fair without an explanation. He was so thin and pale, they thought he might scare the students, he realized later while he was home on leave. The bone marrow transplant was a hail mary, a last-ditch effort, a swing for the fences. The marrow harvesting that preceded it left him sore and tired; afterwards he slept for days. He’d wake up to find books she left next to the bed; magazines, tea, cheesecake, the Entenmann’s chocolate chip cookies he loved.

Part of the community of the living again, back at work, proudly close to his usual 175 pounds, briefcase in hand, bouncing again up the school steps to his office, he was included on trivial email memos, invited to the meetings he used to go to. The Dean even asked him to speak to a group of graduate students about how to apply for student aid and grants. Back when he was sickest, the night he was too weak to get himself up and into the bathroom and she guided his urine into an empty plastic bottle while he sat at the edge of the bed, the one thing he wanted to do was hit the baseball just one more time. It didn’t make a lot of sense; he was never a great player, merely adequate, but the ball and the swing, the green fields and the baseball diamond, recurred among the fever and the coughing with irrepressible spontaneity.

It had been almost a year of normal day-to-day living. The bone marrow transplant accomplished that, at least. The recent cough was mild enough to try to ignore, but he took a dose of Noscapine before he went to bed that night, the way he used to when it was bad. He’d have to go back to Charbonneau for another round of blood tests; there was no getting around it. If he were honest with himself, he would have to admit it was back. But he was still strong enough to take a few swings.

Their bedroom door was partially open. He pushed it with his foot, stepped gingerly into the room, and placed the water on the night table next to their bed.

She was thinner than she’d ever been. Her eyebrows had turned grey. She looked more like her grandmother than the woman he married. He reached across her and grabbed the remote to turn off the television, but it didn’t work. She blinked. Her lips opened. He raised the cup of water to her mouth. He could see her nostrils flare before she sipped; the look on her face as if water were the only valuable thing on the planet. She took another sip, and opened her eyes.

He sat next to the bed, and tried the remote again. A man and a woman were arguing about infidelity and money. He walked over to the television and turned it off manually.

“I was watching that,” Rafaela said.

“You should have said something.”

She pulled the blanket up over her nose to her eyes. When they were young, he would have laughed because it was cute. “It’s cold,” she said.

He stepped back and adjusted the thermostat. He had lowered it earlier, when she said she was warm. He turned the television back on. She didn’t seem as sick as she did a few minutes ago. Sometimes there was more hope than other times.

“Are you limping, baby?” she said.

He unfolded one of the light blankets stacked on the shelf beneath the tv, and placed it on top of her. He idly picked at the splinter in his foot.

“You’re making me nervous,” she said.

“How long has the floor been like that now?”

“I’ll fix it or sand it or something.”

“You should.” She reached for the glass of water and took a sip. Then, “Let me see that.”

She pulled the foot toward her. He pretended to be falling off the chair. “Turn the light on, please, will you?” she said, and smiled at the pantomime.

She covered her eyes for a minute until she got used to the light, and ran her hand lightly over the sole of his foot. “I can feel it.”

“Hand me the tweezers over there.” She pointed to a shelf next to the television.

He looked at his foot in her hands. She laughed and let it go.

After a few stabs at the splinter, she said, “A needle would be better.”

He stepped to the sewing closet down the hall. Shelves were piled high with fabric. Needles and pins were stuck to a magnet next to the sewing machine.

He sat down next to the bed and placed his foot in her hands. She poked at it with needle.

“No. But I’d like to take a look at it.” He pulled his foot closer.

He pulled off random pieces of skin.

She had adjusted the lamp, and poked his foot with the needle while he tried to pull out the splinter with the tweezers. His foot was bleeding.

“No.” He bent his ankle forward, trying to see the splinter, but no matter how close the foot got to his face, his eyes were just not good enough to see it.

Her eyes were filled with tears; she blinked to keep them from falling. The emotion made him uncomfortable, and he looked away. His glance stuck to one of her ceramic pieces on a shelf behind her, a circle of people holding hands. As a younger man, when he was tempted to evaluate their lives, he used to think he could define them by what they made and did. He looked back at her, and the degree to which he was wrong made him ashamed; the things they made and the things they did were incidental compared to the tenderness she gave to their lives.

“We’re stabbing your foot, honey, and it’s bleeding. I can’t see it and you can’t see it, and who knows when we’ll get it out.”

“If I have to I can just show it to Charbonneau,” he said, “next time I go.” But he knew that wasn’t the point. She was right. Neither had the eyesight to see the splinter, just the patch of blood.

“Let me get the iodine,” he said. He stood and limped out the door, and a minute later returned with a bottle of iodine in his hand. “Maybe you can just pour a little of this on it.” He handed her the bottle.

“But it’ll still be there.”

She poured the iodine on the patch of blood. It spilled off his foot and made a brown softball-sized stain on the bed. With the edge of the bed sheet, she wiped the rest off his foot. She reached for the glass of water on the night table and drank. He hobbled around the foot of the bed; stopped in front of the television to turn it off. He slipped in the other side with her, and covered them both with blankets.

There was a lot to say. It was a good time, in fact, to talk about everything, or try. He started to tell her about the batting cage, and how he’d hit the ball well, and how it reminded him that the lives they lived were good. But her eyes were already closed, and he didn’t want to wake her.