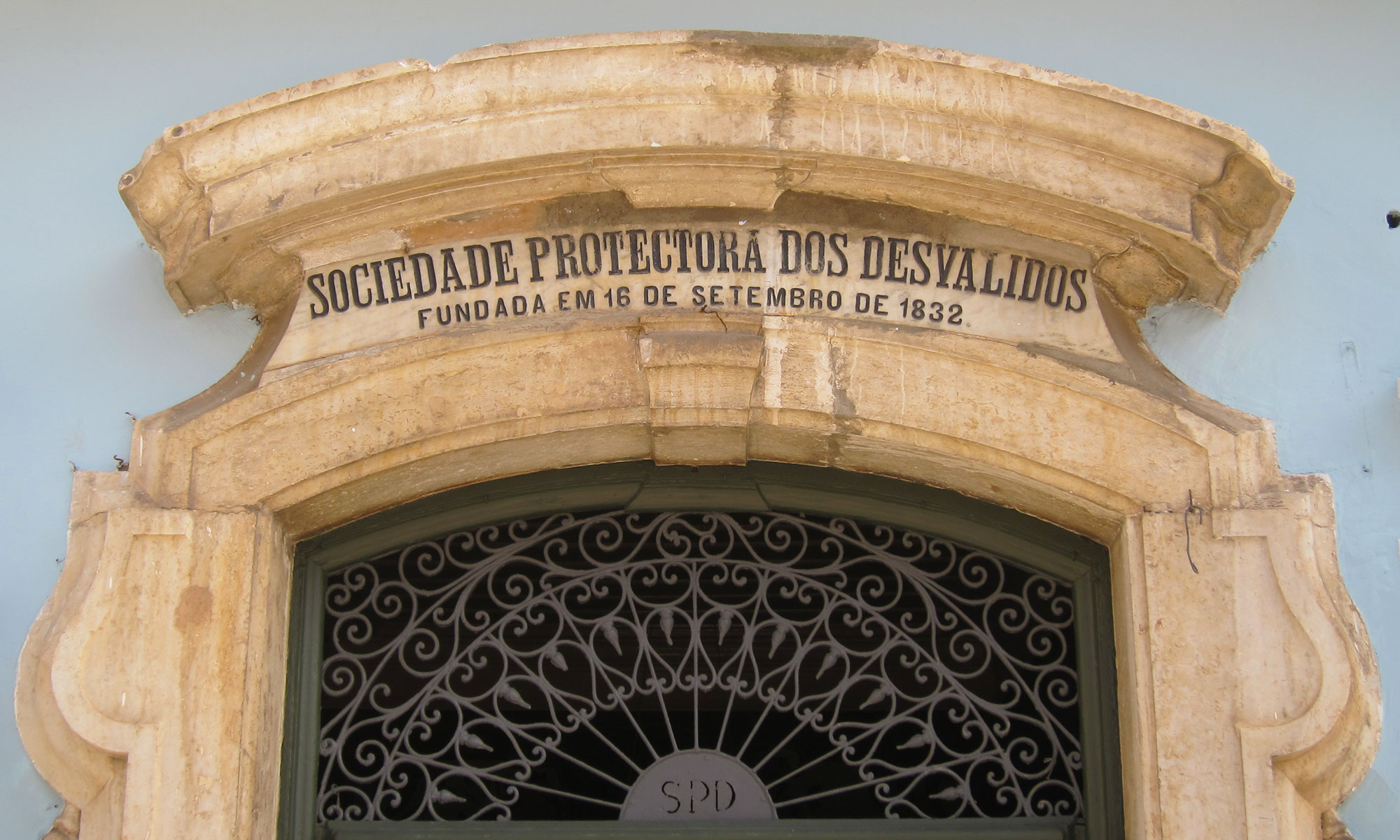 In 1827 a group of black men gathered in the non-descript but intriguingly named Church of the Fifteen Mysteries (Igreja dos Quinze Mistérios) in Salvador’s neighborhood of Santo Antônio além do Carmo, to form a society open only to black men and wherein members en masse would help individual members who had fallen on times even harder than usual; would pay for funeral expenses, would work to buy the manumission of enslaved others…

The reason for meeting in a church was that Africans and Afro-Brazilians were legally forbidden to form civil societies which were not religious — Catholic — in character.

In 1848 the Society transferred to the Igreja de Nossa Senhora do Rosário dos Homens Pretos on the Largo do Pelourinho, moving out in the same year to their own headquarters on the Rua do Bispo (which gives onto Praça da Sé). In 1887 they acquired the building on the Largo do Cruzeiro where they remain to this day.

The Society’s resources were stored in a safe which could only be opened the simultaneously turning three keys, one held by the Society’s president and the other two by other members. The Safe of the Three Keys still exists and may be seen by visitors to the Society headquarters, the safe standing at the top of the stairs giving on to the building’s second floor (first floor in British English). The three keys are hung nearby, together with the modern keys the Society currently uses. A meter to the left of the safe is the wooden trunk specially built to hold documents, and which also opened via the three-key system.

Slavery was abolished in Brazil on May 13th, 1888, but not the conditions which had instigated the Society’s creation. The beneficent work continued, and it continues to this day, although the Society has changed with the times: The Society president is a woman, Lígia Margarida de Jesus.

A Sociedade Protetora dos Desvalidos (modern Portuguese has dropped the “c” from Protectora) is located on the Largo do Cruzeiro do São Francisco, 17. It is open for visits during normal operating hours. There is no charge but donations to the society are welcome. Barreto will probably be the good-natured older gentleman showing you around (Portuguese only; one can take the place in without it though).

One way to translate the Society’s name would be Society for the Protection of the Privilegeless.

P.S. Sociedade Protetora dos Desvalidos was the theme of Bloco Alvorada — a Salvador samba “school” so to speak — during Carnival 2018.